I still can't make up my mind, I think I'll the keep the ballot paper on the matlepiece for a few days more...!
Posted by Onlinefocus Team at 21:54 2 comments:

"How Can We Dance When Our Earth Is Turning"?

"Peter Garrett has claimed victory in his Sydney-based seat of Kingsford-Smith.

The opposition environment minister spokesman received a rock star welcome from hundreds of supporters at the Randwick Labor club.

"This is an extremely, extremely proud moment for me to be representing the people of Kingsford-Smith again in the federal parliament," he told the crowd.

The former lead singer of Midnight Oil, who was wearing a navy suit and open-necked shirt, refused to speculate on the prospect of becoming environment minister.

"I will serve in any capacity, in any event. It is early still in this election," he said."
Posted by Onlinefocus Team at 20:57 2 comments:

No, not a candidate in our election...


“You know, I made some bad decisions that I’ve actually written about. You know, got into drinking. I experimented with drugs,” he said. “There was a whole stretch of time that I didn’t really apply myself a lot. It wasn’t until I got out of high school and went to college that I started realizing, ‘Man, I wasted a lot of time.’”

The full story (and analysis) here

How C-GAUN Became The "Gimli Glider" 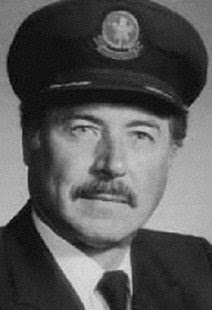 "After repeated unsuccessful attempts to restart the stalled engines, Pearson and Quintal once again consulted the 767 emergency manual, this time for advice on an unpowered landing. Much to their dismay, no such section existed, presumably because a simultaneous engine failure had been too ridiculous for Boeing engineers to contemplate. "

One of Air Canada's planes,registration C-GAUN, is due to be retired next month. Gimli isn't only the name of a dwarf in "Lord Of The Rings", it's the name of the largest Icelandic settlement outside , uh, Iceland. How this otherwise ordinary aircraft acquired the nickname 'The Gimli Glider', is a story worth reading.

It's another good bit of writing from the Damn Interesting website.
Posted by Onlinefocus Team at 22:47 No comments:

Last month, ahead of the state visit by the King of Saudi Arabia, Vince Cable said that he would be boycotting both the official banquet and audience at Buckingham Palace:

"I have introduced three debates in Parliament this year expressing serious concerns over the Al-Yamamah contract and the corruption allegedly involved. I have, in my arguments, also been very critical of members of the Saudi royal family and the Saudi record on human rights including its maltreatment of British citizens.

"In my opinion, it is quite wrong for the British government to have proposed a state visit at this time.

"Therefore, it would, I believe, be inappropriate for me to participate in a ceremonial state visit against this background."

Well, thank goodness for that, bearing in mind that this is the kind of human rights issue that exists:

A lawyer for a gang-rape victim in Saudi Arabia who was sentenced to 200 lashes and six-months in jail says the punishment contravenes Islamic law.

The woman was initially punished for violating laws on segregation of the sexes - she was in an unrelated man's car at the time of the attack.

When she appealed, judges doubled her sentence, saying she had been trying to use the media to influence them.

Her lawyer has been suspended from the case and faces a disciplinary session.

In case this kind of revolting example tempts you into thinking that Saudis are all just irredeemable medieval types, have a look as Saudi Jeans, where you get a more three-dimensional picture.

Even so, I'm really glad that Vince took the stance he did.

I'm still a floating voter on the leadership election. Other Lib Dem Bloggers are clearly very concerned about Israel, but I thought I'd look at what the two candidates are saying on their websites about Saudi Arabia, and was pleased with both of them:

Reacting to the news from the Saudi Foreign Minister that Gordon Brown did not raise human rights in his discussion with King Abdullah, Nick Clegg
said,

"Gordon Brown is once again pulling his punches with Saudi Arabia. It is time we raised the serious issues of human rights in Saudi Arabia - if the Prime Minister won't do it in direct discussions with the King then what confidence can we have it will ever happen under Labour?

One example is Britain's relationship with Saudi Arabia. Vince Cable deserves praise for his recent stance against treating Saudi Arabia as an honoured ally, when its record on human rights record is appalling and its role in forcing the end to the criminal investigation into bribery in the al-Yamamah contract is dubious.

Posted by Onlinefocus Team at 21:42 3 comments:

Well, I haven't done one of these for a while...

This time it's from the District Council that I'm on - Rochford.
Posted by Onlinefocus Team at 17:56 3 comments:

First of all the Tory Mayor of Chelmsford has resigned - as Mayor and as councillor - over allegations involving a council computer and pornography:

THE mayor of Chelmsford resigned yesterday following accusations he used his council computer to look at illegal pornography.

It emerged David Lee, a married father-of-three, was under police investigation after Chelmsford Borough Council alerted detectives to alleged irregularities.

The 44-year-old has resigned both as mayor of the Essex town and also from his role as a borough councillor for the Conservative party.

He has also been told he will not be able to return to his role as vice governor of the Boswells School in Chelmsford until the police investigation is completed.

Mr Lee, who has not been arrested, became mayor in May and carried out a series of high-profile fund-raising and civic duties and had been due to attend tomorrow's Remembrance Service at Chelmsford Cathedral.

The deputy mayor, Nicolette Chambers, is to stand in for all the civic engagements.

Mr Lee's council laptop was seized from his home earlier this week and specialists from Essex Police's high-tech crime unit are analysing it.

The investigation is set to take months rather than weeks as police try to work out when any images were viewed and also how many people had access to the computer.

And today it's been confirmed that a married couple, both Conservative Councillors in Castle Point, have resigned before they are due to appear in court:

TWO married councillors quit just before benefit fraud charges against them were made public.

The couple are understood to have written a formal letter to council leader Pam Challis before going on holiday.

Mrs Challis said: "I have accepted Kate and Alan Meager's resignation as they have informed me they have sold their house and are moving out of the area."

Hours later, chief executive David Marchant said: "I can confirm Mr and Mrs Meager have been investigated by our benefits team and, as a result, will appear at Southend Magistrates' Court on Monday, November 26. We are unable to comment further while the case is still active."

Posted by Onlinefocus Team at 18:20 4 comments:

Phew. Let's look at the figures they quote:

Figures from the Department for Children, Schools and Families showed that on average, 7.1 per cent of 11- to 15-year-olds were taught in independent schools in 2004. But by this year the proportion had risen to 7.3 per cent - a total of 232,620 pupils.

There was also a rise in the number of primary-school age children in private education over the three-year period, from 5.5 per cent to 5.6 per cent - a total of 199,030 pupils.